Today I reached for a notebook I haven’t used in years. I decorated this notebook in my hotel room during some free time during a writer’s convention. (Doesn’t everyone take glue, gems and tin foil to conventions for emergency crafting sessions?)

First I wrapped and glued a piece of tin foil over the front cover of a small memo pad. 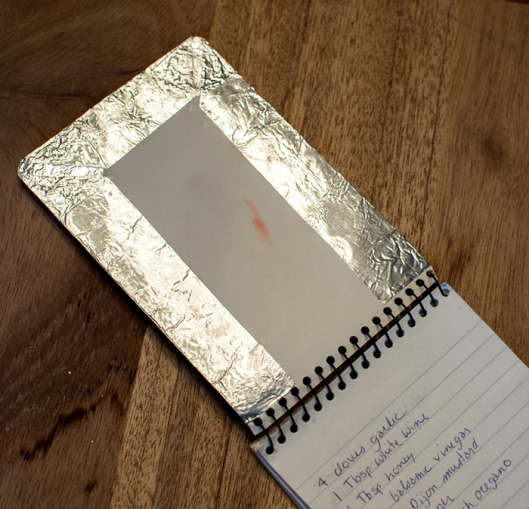 Tin foil is glued on the cover of a memo pad.

The gems and small craft mirrors were glued on with tacky glue and then secured around all the edges with silver glitter glue. I’m surprised that everything is still holding together over 8 years later. 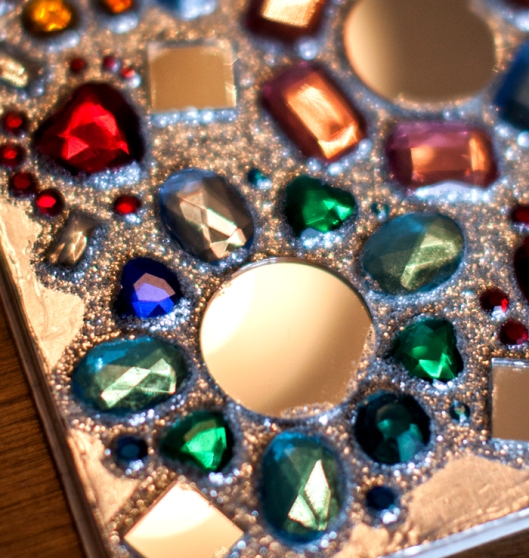 Plastic gems and glass mirrors are glued on the notebook cover.

I love the gems on the cover of the notebook but there’s more to it than meets the eye. You just have to focus on something deeper than the glitzy cover. 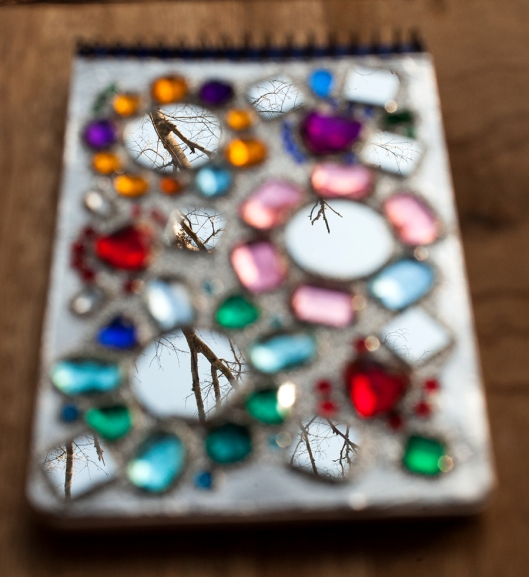 Look past the outside.

Don’t get distracted by the gems. 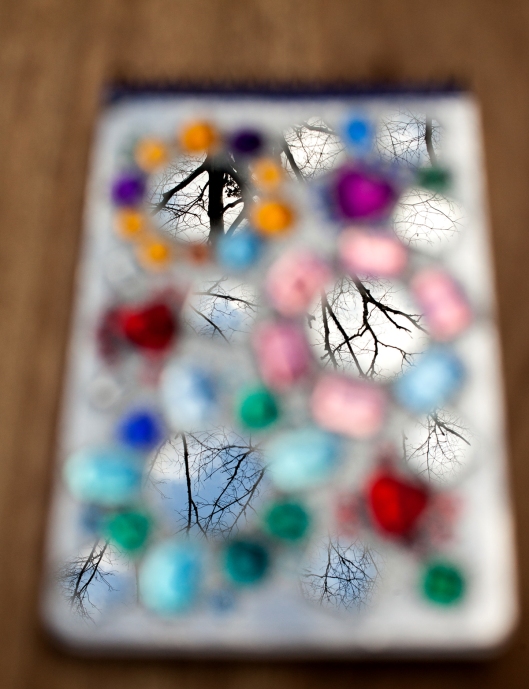 Appreciate what’s on the outside…

…just as much as what’s on the inside. 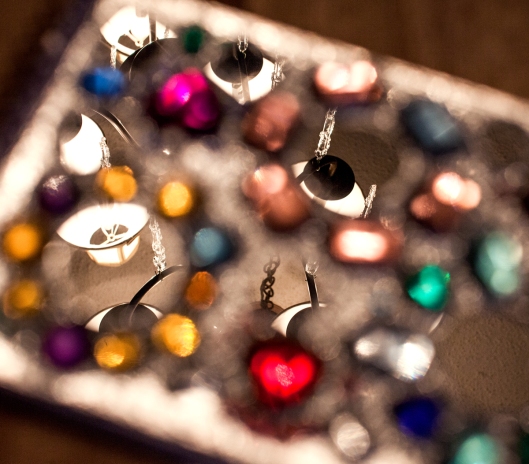 Now the dining room light is visible in the mirrors on the notebook cover.

Enjoy the bigger picture – Trees in the cover of the Mirror Gem Notebook.

I’m forever losing small notes and scraps that are tucked inside book covers. Today I made a super easy pocket inside my notebook cover. It takes just seconds to create the pocket using three sticky notes. 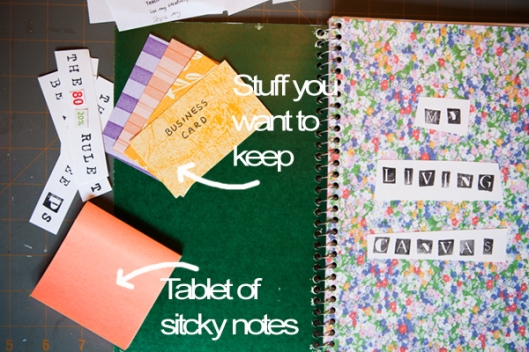 Just a side note, this is my notebook for a creative class I’m taking online – Your Living Canvas – taught by Art McCracken and Christy Tomlinson. Art’s introspective journal exercises add a nice layer to the creative process and Christy’s wild and colorful artwork is so much fun! When I get a piece done, I’ll share it. For now I’m just writing in my notebook.

The notebook I made to use for an e-course online – Your Living Canvas – taught by Art McCracken and Christy Tomlinson.