This is what happens when Grandma plays in the sand box. 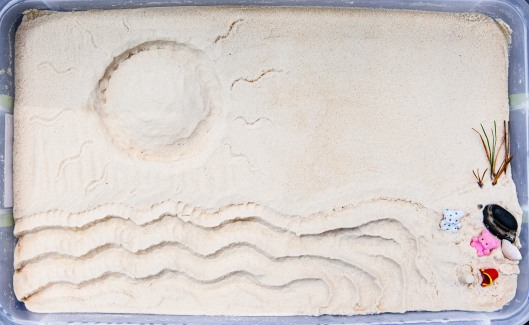 Pink Bear and Spotted Bear in the sand box, thinking of the beach!

When was the last time you played in sand? We keep a bin of sand on a side table on the deck for the grandchildren to play with. It keeps them busy and happy for hours!
Now I know why – Sand is summer’s velvet!

The Little Plastic Bears will have their own website some day. They’ve been to Washington DC, the Grand Canyon and Grandma’s Bed & Breakfast! They never have enough space in their tiny apartment and vacations are essential to their well-being.

Here are a couple sneak peek photos from their ballooning adventure at the beach last summer. As usual, blue bear isn’t following safety rules. Good thing there is masking tape or he would have fallen out of the basket! 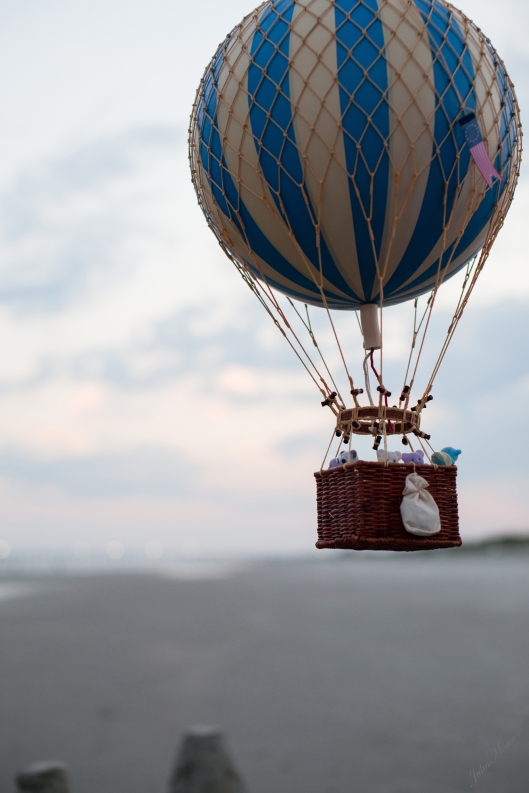 The sun was setting as the Little Plastic Bears began their balloon ride. As usual, blue bear forgot safety rules and nearly fell out of the basket. Fortunately, masking tape held him in. 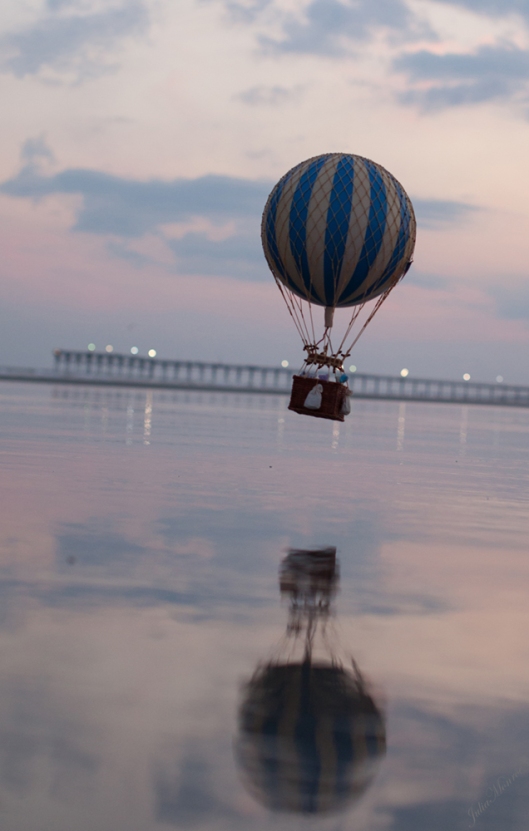 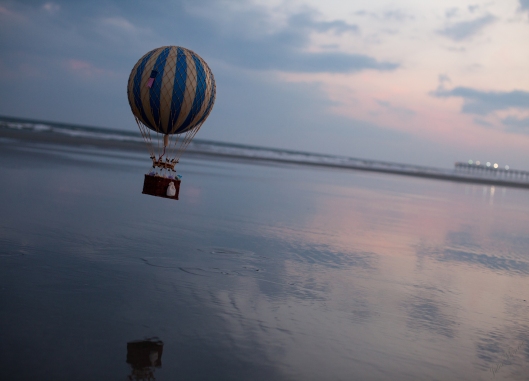 The Little Plastic Bears enjoy their balloon ride out over the Atlantic Ocean. The sunset on Sunset Beach was soft and dreamy that evening.

Click on the photos to access a larger image.
This fall, the Little Plastic Bears will have their grandest adventure yet. They are going to Japan! Stay tuned.

The little bears go a-sailing in the toy boat. 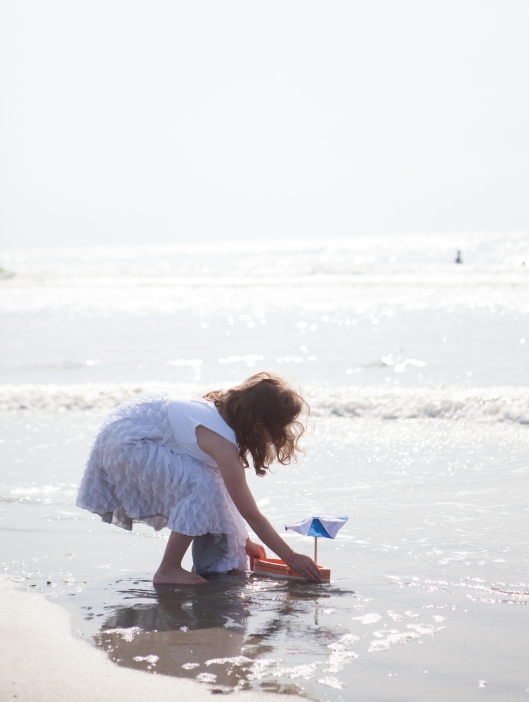 My granddaughter plays with the little bears and the toy boat.

That’s the name of a British research vessel, built in 1764. The HMS Endeavour explored uncharted oceans in the South Pacific.
The Little Plastic Bears long for the sea in the Endeavor. 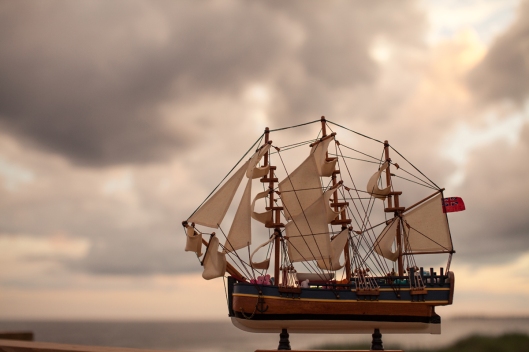 But the tide didn’t come in. 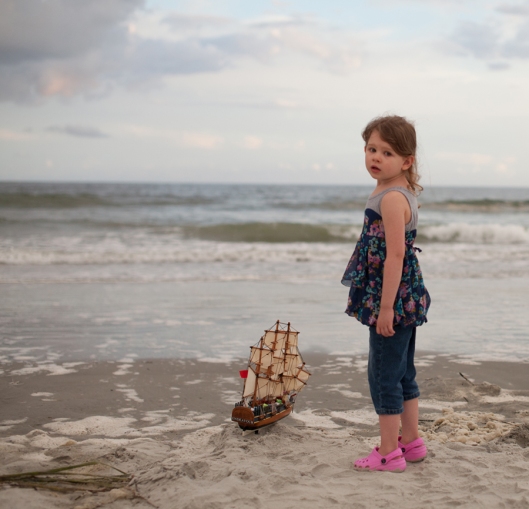 The ts Endeavor (toy ship Endeavor) piloted by Little Plastic Bears never made it to sea, despite her best effort to summon the waves. 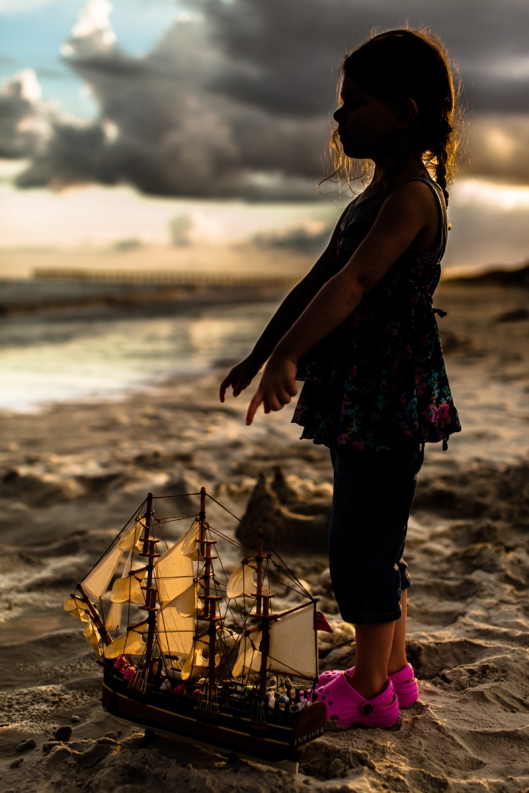 Despite her best effort to beckon the waves closer, the bears didn’t make it to sea.

NOTE: If you would like to purchase a print of that photo, it is listed here on 500px. 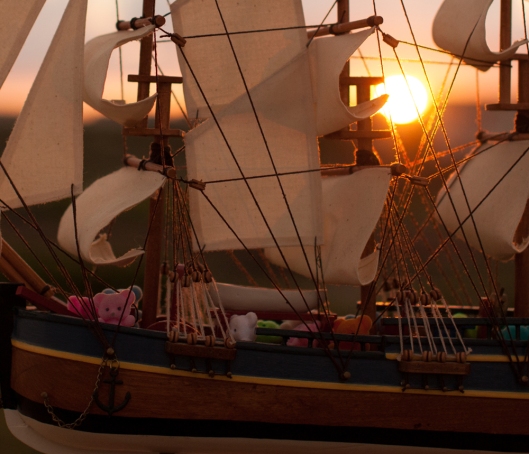 Perhaps next time we shall sail.

As the sun set, she carefully positioned the Little Plastic Bears on the ship’s deck. The HMS Endeavour, a British Royal Navy research vessel from the 1700’s was the perfect vessel for The Bear’s maiden voyage at sea. 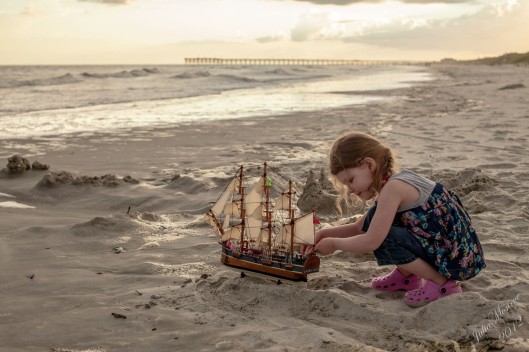 The Little Plastic Bears get ready to go to sea. 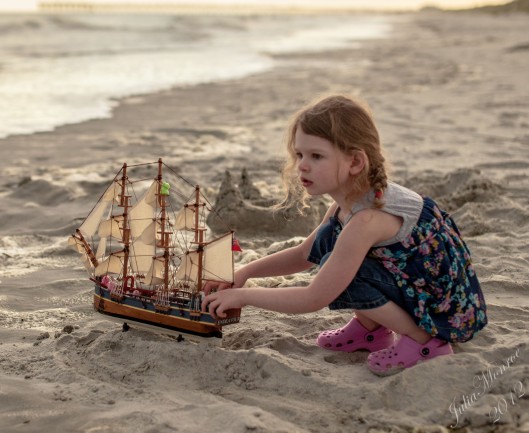 The tide shifted as the sun slipped into the clouds. She quickly positioned a Bear at the helm, studying the surf. 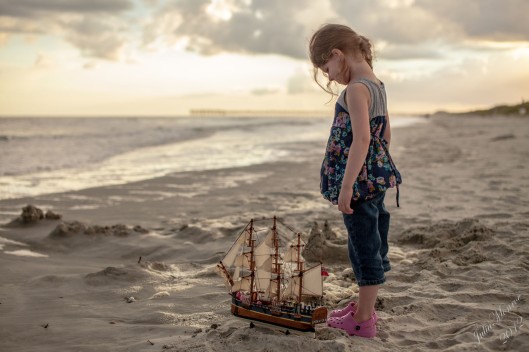 She watched as wave after wave teased the tip of the boat with a frothy kiss. 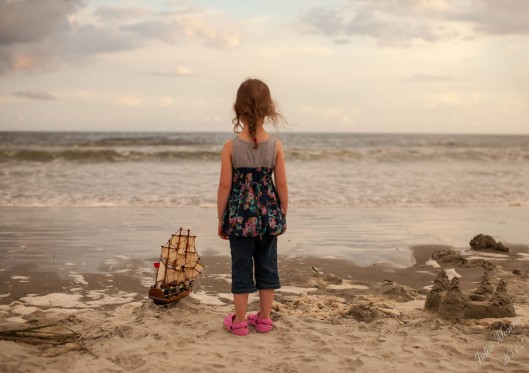 As the tide receded, and the sun slipped below the horizon, we realized today was not going to be the day The Bears had their grand adventure at sea. Maybe next year. 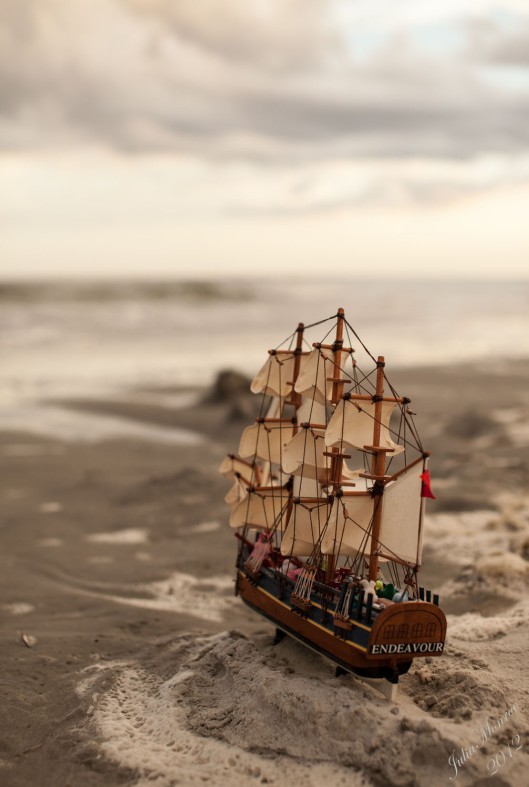 Eventually, the Little Plastic Bears will have their own website, where you can follow all their grand adventures. In the meantime, you can enjoy their debut here.