I hosted a Christmas Lunch for two of my daughters-in-law. The tablescape was Christmas at Sea, which featured an old ship that belonged to my dear father-in-law. I love the Christmas song “I Saw Three Ships Come Sailing in on Christmas Day” and that was the original inspiration for the table. I would need smaller ships to fit three on the table though so one ship was big enough. One of my daughters-in-law used to work on a cruise ship so the theme was all the more fun. 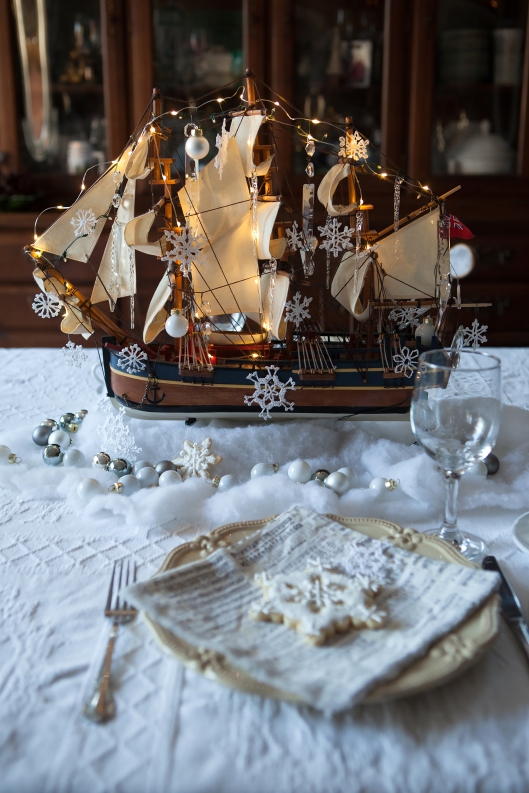 The ship was placed on a piece of fluffy white batting in the center of the table. Small glass balls in white and wintery shades of gray were scattered like bubbles around the ship.

Small crocheted snowflakes were hung from the ship’s sails. 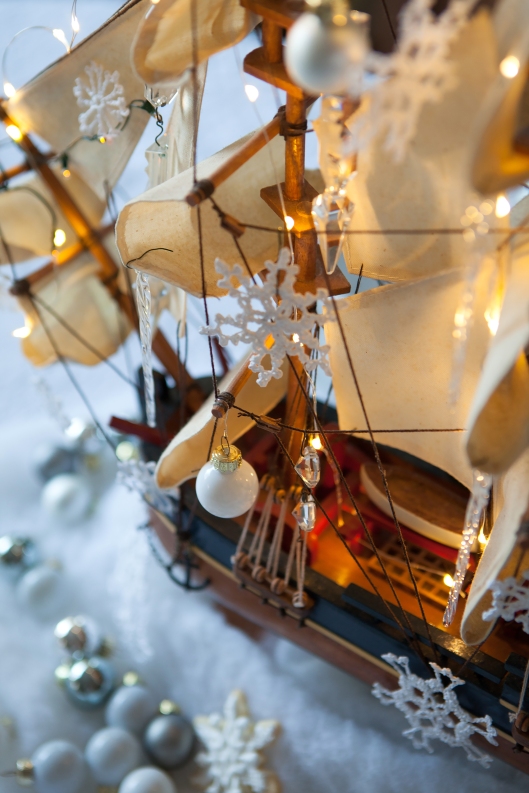 I also hung several glass balls and glass icicles and chandelier prisms from the ship to add to the wintery icy effect.

The napkins were made from Vintage Christmas Carol sheet music fabric from Spoonflower. I had the design printed on Linen Cotton Canvas and it made lovely napkins. 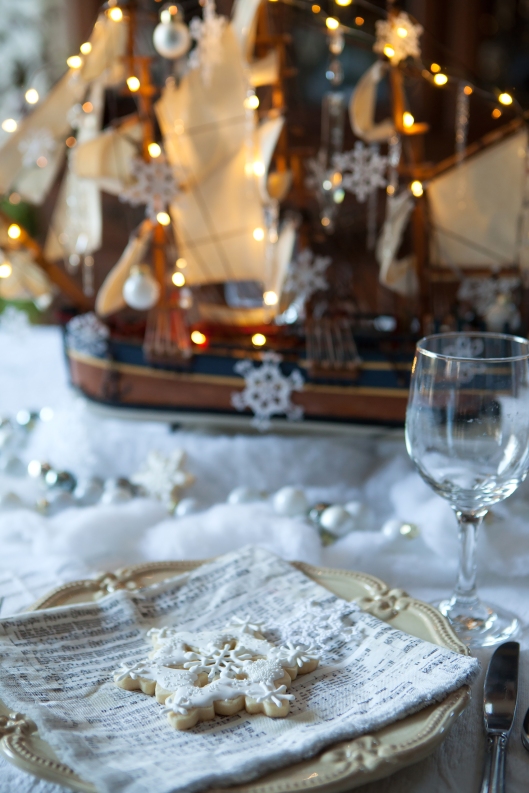 On each napkin I placed a sugar cookie snowflake. They turned out pretty but are so fragile that I broke the royal icing on several even before the lunch! But I adore snowflakes so I’ll probably make these again, even if they do break easily. 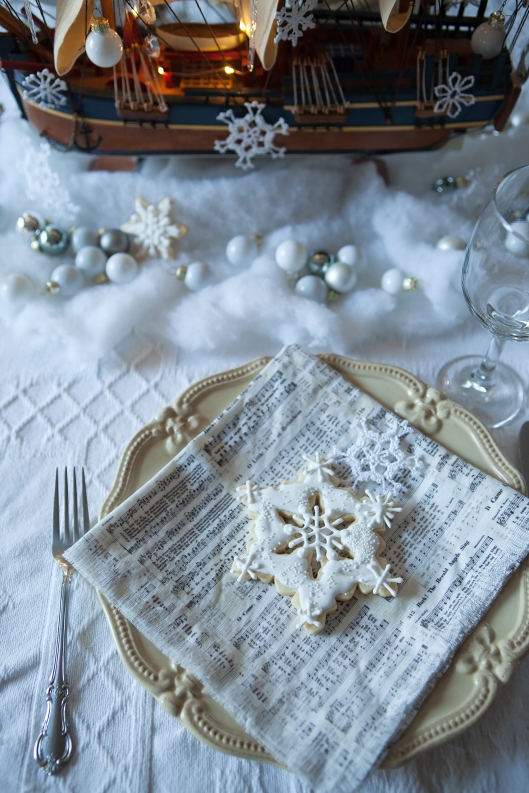 Several of the smaller snowflake cookies were placed around the ship.

To light the ship, I used three strands of tiny, battery operated lights. The battery boxes fit perfectly under the ship and were hidden under the white batting.

Lunch was Potato Bacon Chowder, Ham Barbecue Rolls, Spinach Salad, and Cranberry Cheesecake Pie for dessert. We were sad that one of the girls couldn’t make it due to a sore throat. But now I have a good excuse to host again. It was too fun to only do once. Instead of Christmas at Sea, it will be Winter at Sea!

I wish we had a fireplace mantel in the living room. I’d love to style ships like this on a mantel. If you do, please post in the comments and share. I’d love to see it!

4 thoughts on “Christmas at Sea Tablescape”